Recorded at the Power Station in NYC 1995

This is the second iteration of the Bleecker St Realtiy Band.

We did a live showcase at the rehearsal studio for a record company executive. I think it was 1996.

It all began in 1992 when David and Kathy were both living in the same building on Bleecker St in the West Village in lower Manhattan. She was reading a biography of Phil Ochs, one of Dylan's contemporaries who lived and died in that block, writing what he felt. She was inspired by the history of the place and even though it seemed that history had passed on there still seemed to be an incredible energy left. People always on the street. Folk singers and african drum jams at midnight, hard rock spilling out from all the clubs, the Bitter End still cranking into the night. Even though Joni and Joan and Judy had left, even though Dylan and Tim Hardin and Jimi and Coltrane were no longer there, Kathy and David were. They started playing together with friends from the neighborhood and throughout the various incarnations of the band, they kept at it. The album UNREAL is the fruition of these years.

Time Line of All Concerts and Sessions in New York City

At home singing to my cats and to you! Joni's music has given me so much, pleasure and understanding. She puts it into words. Alternate tuning DAEF#AD. This is a miniature portrait of a woman's life, someplace cold and hard and the desire to escape but never quite going anywhere. Every day is the same, the song begins on a Sunny Sunday and ends on a Sunny Monday. The title is a little misleading huh? Dive into it with me. Let me know what you think! love. 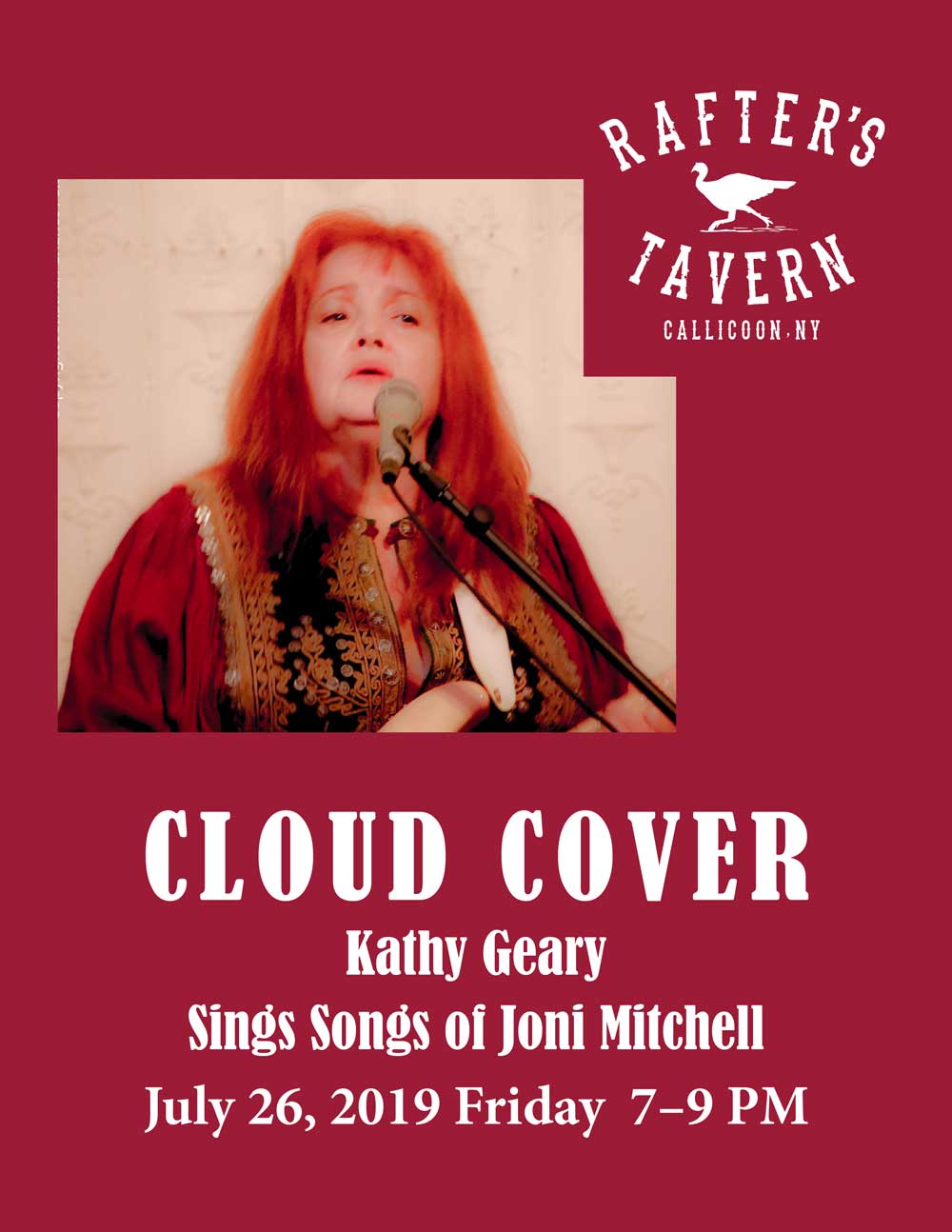 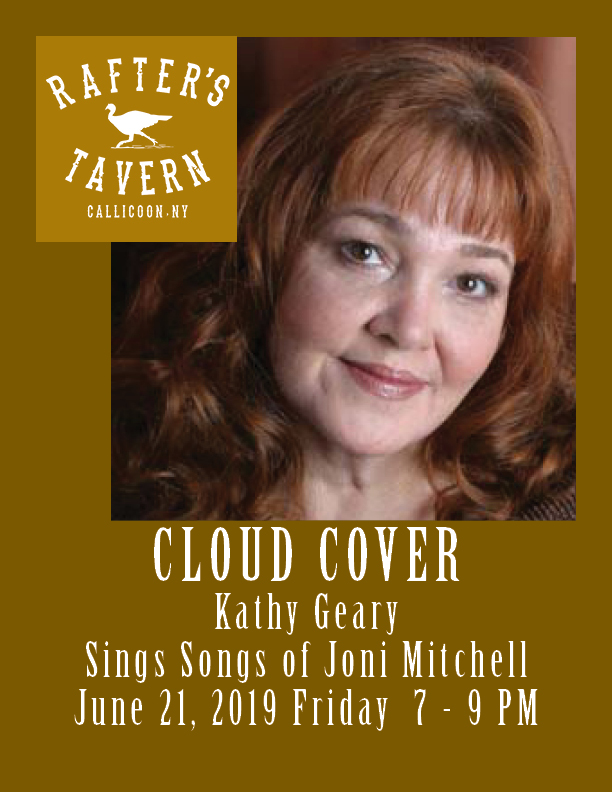 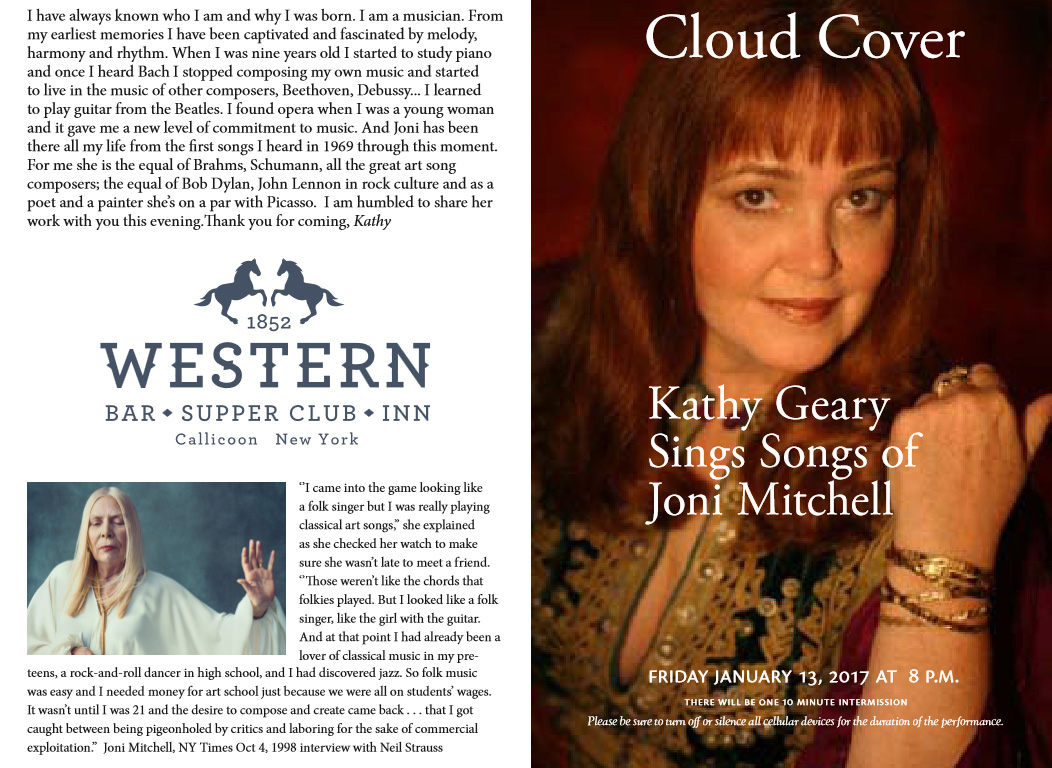 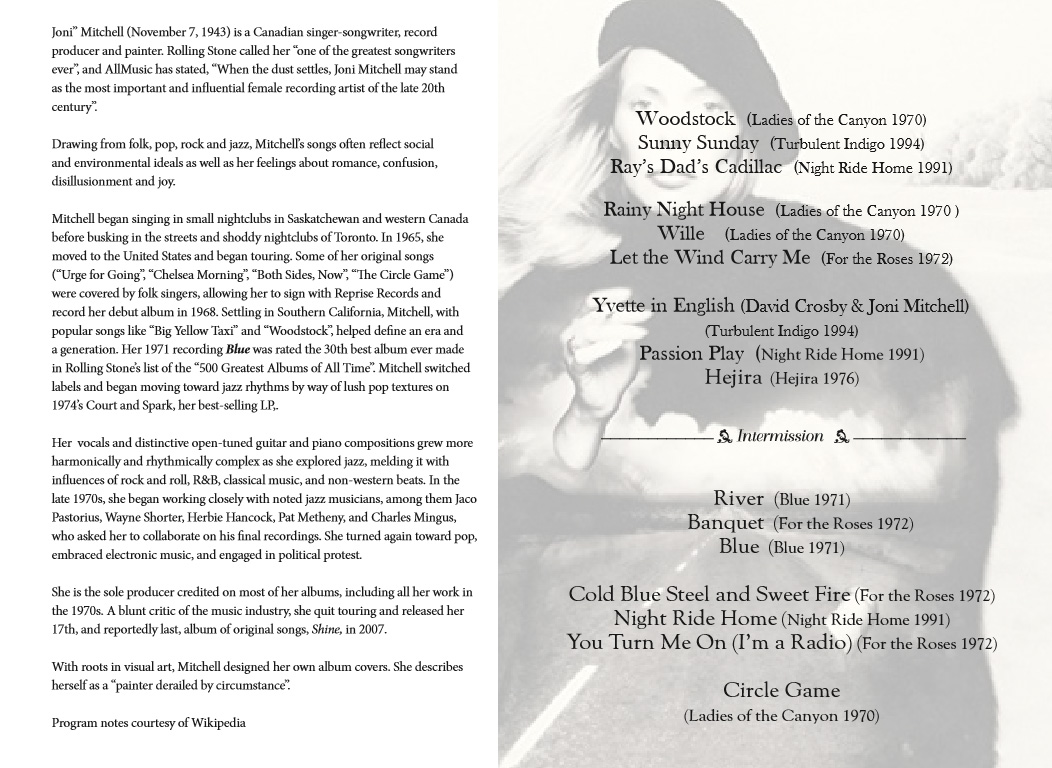